The yoga hotel with dreamy views in South Tyrol

Would you like to relax from your stressful everyday life and simply switch off for a while? Then you should visit our yoga hotel in South Tyrol. We lead you back to your inner balance and strengthen your body and mind with meditative movements and conscious breathing techniques. A holiday at our yoga hotel near Schenna offers you the ideal opportunity to immerse yourself in the amazing world of yoga or to perfect your technique. No matter if you are a beginner or a professional – we invite you for a free yoga class several times a week. One more thing that favours yoga sessions at the Schenna Resort is their locations. You either practise in the harmonious and light-flooded yoga room or directly under the blue sky – what more could you want?

Yoga at the Schenna Resort

For beginners and advanced

Yoga weeks at our hotel near Meran

Several times a year, our legendary yoga weeks await you at our yoga hotel in South Tyrol: an intensive, well-rounded programme for men, women, beginners, and advanced students. Look forward to a comprehensive and varied exercise programme and the expertise of our professional yogis. Of course, between sessions, you have plenty of time to explore the impressive natural scenery of Meran & Environs. Our vegan and regional cuisine cater for additional wellbeing.

Priska Pföstl is a member of the family and has worked in her parents' business starting from a young age. In the many years of working in the hotel she has learned a lot, especially in people skills. The diverse work in a leading position in the hotel always fulfilled her very much.

After several private events and strokes of fate, her seemingly perfect world, broke down. It literally pulled the rug out from under her feet. She knew only grief, powerlessness and was then in a seemingly hopeless situation with which she was totally overwhelmed. Fortunately, she quickly understood that the only way to get out of this life crisis was to try to understand her feelings better and subsequently learn to accept them.

The path of self-healing led her on a long road of learning, reflection and knowledge. In the following years she did many trainings and seminars in the holistic domain of awareness and transformation, such as Reiki & Spirit Healing, Transformational Coaching according to Robert Betz, Chenneling, medial training, systemic organization and family constellation and sweat lodge leader. In the function of a seminar leader, she has acquired expertise and knowledge through numerous assistants of well-known transformation seminars with Robert Betz in Germany, Austria and Greece, as well as in seminars which she has led herself and together with experienced seminar leaders.

Today she is sure that the suffering in her life has hidden the greatest gift in herself. She was forced to heal herself. Her path and the experiences she gained, give her the strength and knowledge to accompany now also other people on their path of healing and towards their LIFE'S JOY. To support them, whether in seminars or coaching.

Gerda Pircher grew up in a small village in the beautiful Vinschgau Valley. For her family it was a matter of course to live in the middle of nature and with it in the annual cycle. From her parents she inherited the deep understanding and knowledge of nature and in harmony with people. Early she discovered the passion to explore the wide world and so many courageous adventures shaped her life path.

In Switzerland she made her training as a hand weaver. Now she works among other things in the winter school in the Ulten Valley, where she passes on and teaches her creativity with a lot of knowledge and love. Since she was 18 years old, she has been following her yoga path. At that time yoga was known by little people but she realized early how valuable yoga was on her body system and her mind.
Yoga has become an important part of her life and a constant companion, that changes her life and her body in a very positive way again and again. For Gerda, yoga is about creating a connection between her body, conscious breathing and getting in touch with her own essence. It’s not about taking challenging exercises, but rather, to bring more self-love and wisdom to one's own body and awareness to the power of breathing, through empathy and mindfulness, so that more health, joy of living, centeredness, gratitude, joy and love for one's own personality can grow.

As a woman, mother, hand weaver, transformational therapist, sound practitioner and yoga teacher, she is happy to accompany you on our yoga days. 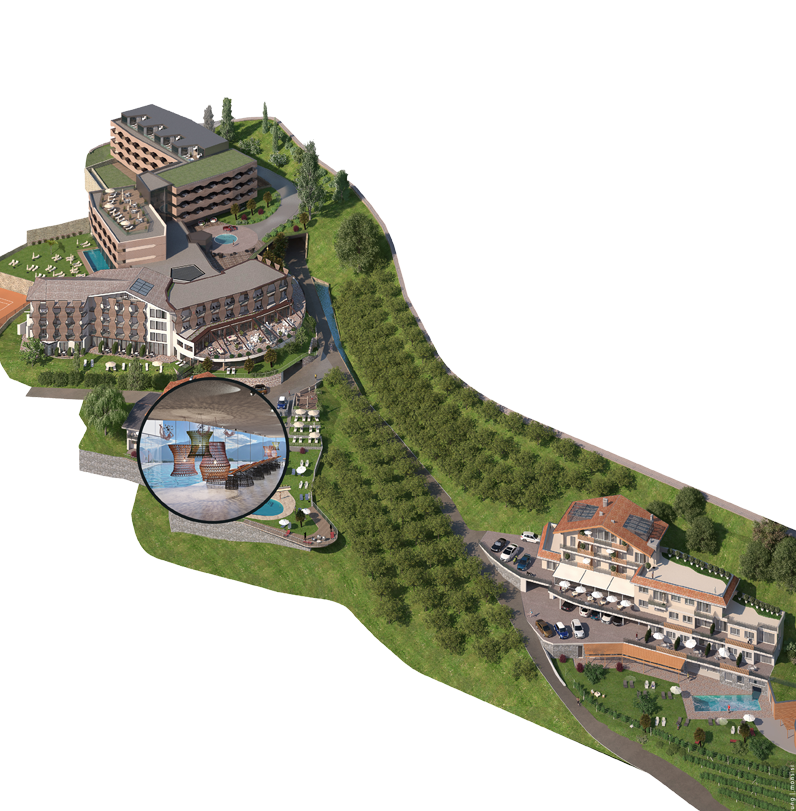